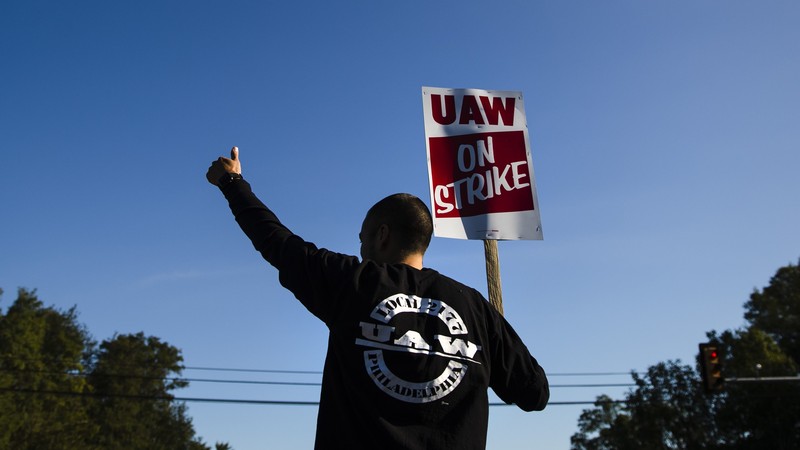 We declare our solidarity with workers on strike of the UAW

We declare our solidarity with workers on strike of the UAW union at the General Motors enterprises.

The drastic attacks of capital on the rights of the workers, gained in heavy class battles in the 20th century, are taking place in all countries and all sectors of the economy. After the downfall of the East European socialist system and the collapse of the USSR, all games of “social partnership” were thrown into the past by bourgeoisie. Assaults on union rights are carried out systematically. Whenever possible labour contracts are replaced by hired labour, where the worker doesn’t have any social protection. Retirement age is raised and the working day length is increased as well. Social benefits, medical insurance and healthcare provided by insurance are being cut down. The gap between female and male workers pay is growing. Migrant workers are exposed to ruthless exploitation. Access to education of the working masses is being decreased.

Working people in industrialized countries are blackmailed by the threat of production transfer to Third World countries, where wages for equal labour are much lower. The actions of capitalists are consistent, disciplined and carried out by a united front. It is necessary to oppose the full scale pressure of capital and reaction by our proletarian solidarity. As in the time of rise of capitalism working people have nothing to lose but their chains. All we’ve got are our work-weary hands. But without these hands capitalists won’t gain their capitals.

Capitalists are lying that they can get by without us, the workers. They can’t! But the workers can do it without the capitalists, seventy years of the Soviet rule are the proof.

Together - we are the power!

Even one workplace, that is able to defeat the greed of the capitalists, gives hope for the victory of all working people!

Keep up the fight, comrades!