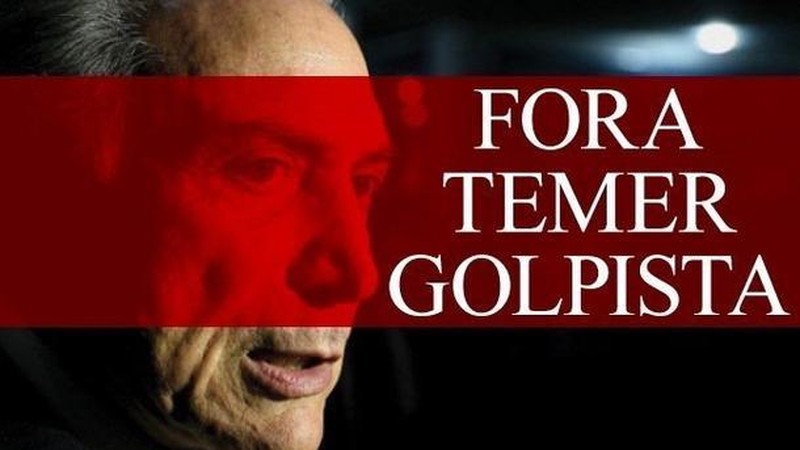 Declaration: NO – to reaction attack in Latin America!

A well-coordinated attack of imperialist reaction and local political oligarchy on the social achievements and sovereignty of Latin American peoples, the threat of which has long ago been warned about by the social progress fighters, has become a severe reality. After the “trial” coups in Haiti, Honduras and Paraguay, the coming of the right wing into power in Argentina and formation of opposition parliamentary majority in Venezuela, the reaction block in the Congress of Brazil had “temporarily” brought down Dilma Rouseff – the constitutional president of the region’s largest country. At the same time, the reaction bosses headed by the ex-president of Columbia Uribe, Spanish ex-prime minister J.M. Aznar and the Secretary General of the Organization of American States long nicknamed as “The US Colonies ministry”, have arrived in Washington to claim to withdraw multinational forces to Venezuela “to protect” the opposition from legitimate authorities.

In the current situation no constitutional government can feel secure. Firstly, the threat of externally inspired coups is impending over the countries where the people have chosen the independence and social progress: Bolivia, Ecuador, Nicaragua, El Salvador, Uruguay. But not the left wing is under strike. The fascists threaten the legal president of Chile, break through to the power in Peru, rage at the streets of Columbian cities, breaking the negotiations on stopping the armed conflict that lasts many years.

The attack of reaction everywhere is openly supported by the most reactionary groups of transnational monopolist capital. They put a goal to deprive the Latin American countries of their real sovereignty, destroy their independent integration associations – ALBA, MERCOSUR, UNASUR, CELAC, to harden blockade of Cuba, to impose neo-liberal “reforms” and enslaving debts to the imperialist creditors, capture oil, gas and other resources, turn education, medicine and pension system to the means of private lucre, eliminate democratic labor legislation and turn the proletarians into rightless hired slaves.

As before, those criminal plans demand the bloody suppress of the people majority and elimination of any kind of democracy. Having hardly reached the power, the right-winged carry out illegal judgments over the public leaders, mass dismissals for political reasons, cruelly suppress the strikes and protest demonstrations, choke even relative information freedom. The terror of “death squads” closely knit to the trans-national drug-dealing business brings away thousands of lives in Honduras, Guatemala, Paraguay and Columbia and also many Mexican states. That is what the enemies of the Latin American peoples would like to prepare for them all.

The organizers of the reaction attack in the Latin America also pursue global aims. They are trying to discredit the socialist ideas and demoralize the progressive powers, increase the right shift in the USA and EU countries, impose enslaving conditions of transpacific and transatlantic “partnership”, weaken BRICS and OPEC, increase pressure on Russia and PRC.

We vehemently declaim the state coup in Brazil, hold up to shame the corruptionists and political blackmailers with parliamentary mandates, in judges’ gowns, bishops’ soutanes or with yellow media cards who have the insolence to accuse the others in the non-existing or tiny offences in comparison with their own.

We are sending our battle greetings and express our support to Dilma Rouseff, Luiz Inásio Lula da Silva, Cristina Fernández de Kirchner, Raúl Sendic, and all the fighters for the better future, defending their honor, dignity and good name from false accusations.

We express solidarity with the people of Bolivarian Venezuela and its legal president Nicolás Maduro, with united Socialist and Communist parties, mass organizations and all military and civil block firmly defending the independence of the motherland of Bolivar and Chávez. We demand the USA authorities to cancel the illegal sanctions and stop all destruction actions against Venezuela, and firstly, to give up intervention plans resulting in disastrous consequences for the peace in the world.

We express solidarity with the peoples of Bolivia, Ecuador, Nicaragua and Salvador, with their legitimate leaders Evo Moralez, Rafael Correa, Daniel Ortega and Salvador Sánchez. We completely share disdain to the “opposition” supported by Judas’s silver pieces of their countries’ enemies, and wish the people to strengthen alertness and never be mistaken in their choice.

We demand objective investigation of the mafia and fascist terrorist acts in Guatemala, Honduras, Columbia and Mexico, under democratic control. We express our support to all the supporters of just peace in Columbia, to fighters against Fujimori’s dictatorship restoration in Peru and recurrence of pinochetism in Chile.

We are sure that finally, the evil plans of modern fascism are doomed to failure.

We stand together, Latin American comrades!