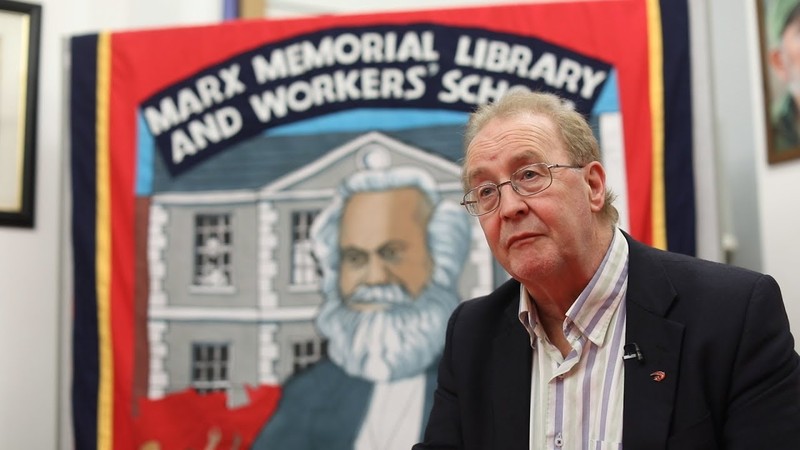 Editor’s Note: On the eve of the 150th anniversary of his birth, we asked the communists from different countries to express their attitude to the great leader of the world proletariat and to talk about the relevance of Lenin’s heritage today.

We sincerely thank the Secretary General of the Communist Party of Britain, Comrade Robert Griffiths, for his answering the questions from the editors of prometej.info, and we wish the British Communists success in their struggle for a brighter future for the working people!

What is the significance of the personality of Lenin for you?

Personally, Lenin embodied the determination, courage and incorruptibility of communist revolutionaries which I admired years before deciding to join the Communist Party in Britain. He also upheld the revolutionary-democratic practice of fierce, honest and principled polemic without allowing political differences to descend into personal vendettas or punitive, repressive action against those on the left and in the working-class and revolutionary movements who took a different view to his own.

His political and theoretical writings also had a substantial impact on me — as on millions of people around the world — in the formation of my own socialist outlook. They helped me draw conclusions from my own early political experience and affiliations which steered me towards Marxism and the international communist movement. I had a particular interest in the social-democratic reformism in the British labour movement and — as a Welsh-speaking member of a national and linguistic minority in Britain — in the national question. Again, Lenin's writings provided the theoretical foundation and framework which pointed towards a strategic course of action that would avoid the errors of both ultra-leftism and nationalist chauvinism.

Obviously, his role as the primary leader of the Great October Socialist Revolution and his approach to the tactics and strategy of state power and working-class internationalism have educated and inspired me as well as many millions of other people around the world.

Do you think Lenin's works are relevant to the modern world?

They retain a freshness, vitality and relevance that repays prolific re-reading and discussion. They contain invaluable information, analysis and conclusions on questions such as the content and significance of Marxism, Social Democracy, imperialism, national liberation, democratic reforms (and «imperialist economism»), strategic alliances, the revolutionary party and much else besides. These are still broadly applicable today.

The mass but amorphous opposition to EU membership in Britain has largely been led by sections of the political right in Britain, deploying racist and xenophobic as well as democratic arguments, instead of being informed and led by the left on the basis of class-based left and progressive arguments

For example, most recently British political life has been convulsed by the issue of «Brexit» and Britain's relations with the European Union. Lenin's views on the impulse and likely trajectory of moves towards a «United States of Europe» remain as vital, relevant and prescient as ever. Unfortunately, the analysis and conclusions of his famous article «On the Slogan for a United States of Europe» (1915) have not been understood, let alone applied, by wide sections of the social-democratic and far left in Britain, or by the labour movement generally. This, in turn, has meant that all kinds of illusions in the alliance of imperialist states that is the EU have spread across the labour movement in Britain that few on the left have challenged, with the exception of the Communist Party of Britain and some — but only some — of our closest allies. As a result, the mass but amorphous opposition to EU membership in Britain has largely been led by sections of the political right in Britain, deploying racist and xenophobic as well as democratic arguments, instead of being informed and led by the left on the basis of class-based left and progressive arguments.

In the new battle over the future leadership of the main opposition Labour Party, whose anti-Brexit line lost working-class votes in many marginal constituencies, the question of adopting a «progressive patriotism» has arisen. Furthermore, there is mass support in Scotland for breaking away from Great Britain. Here again, Lenin's writings are invaluable if the left and the labour movement are to develop and adopt the right orientation to national sentiment and national rights. His essay «On the National Pride of the Great Russians» (1914) is a brilliant exposition of the case for a «progressive patriotism» that revolutionaries and internationalists should adopt, as against forms of «reactionary patriotism». His later views on national autonomy and federalism are directly relevant to the question of how socialists and Communists should approach the national question in relation to Scotland, Wales and — for that matter — Cornwall.

Do you have any events planned for the anniversary of Lenin?

The 150th anniversary of Lenin's birth will be marked in this coming April's edition of the Communist Party's theoretical and discussion journal, the Communist Review. It will republish R. Palme Dutt's essay «Leninism Lives» (1970) and carry a fresh article by the journal's editor Martin Levy on «Leninism, Democracy and Britain's Road to Socialism». The last is a reference to our party's programme, an updated edition of which will be published in March or April.

In partnership with Manifesto Press, the Communist Party will be publishing a new selection of Lenin's writings on Britain to mark the 150th anniversary. There will also be a series of three lectures at the Marx Memorial Library and Workers» School (where Lenin once edited «Iskra» while exiled in London) in April on the relevance today of Lenin's ideas on revolution, state power, the working-class movement and imperialism. Two of them will be delivered by one of our party's leading theoreticians, Jonathan White.

The Communist Party of Britain's aims and constitution define us as a party on the outlook of Marxism-Leninism. We take pride in both parts of that designation and will be highlighting and celebrating them both in the year ahead.

General Secretary of the Communist Party of Britain