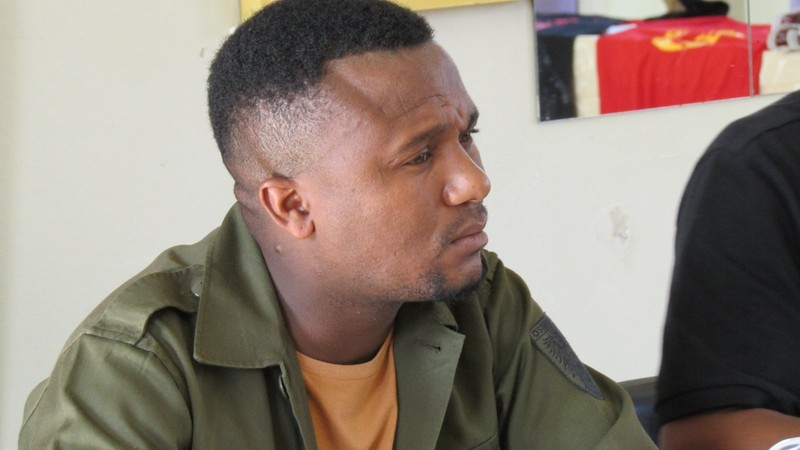 Lenin inspired the struggle for the liberation of Africa

From the editors. The Socialist Revolutionary Workers Party of South Africa is a very young political organization. Its creation was announced on April 9, 2019. But focusing on the date in this case is decidedly wrong. It is an inseparable result of several decades of workers' struggle for their rights.

The steady growth in workers' unrest throughout the African continent has been observed in the past 20 years, especially since 2008. South Africa is the most economically developed country in Africa, with a powerful trade union movement. The largest trade union in the country, which has led the protests of workers in recent years, is the National Union of Metallurgy of South Africa (NUMSA).

Since 2008, the NUMSA has embarked upon restoration of leftist forces within the union, and has fought a decisive battle against the class betrayal of the neoliberal bloc in the ruling party. At the 2013 NUMSA Special Congress, the first call was made for the resignation of President Zuma. In 2014, the union lead a victorious five-week national strike and continued to fight de-industrialization, despite falling aluminum and steel prices. The course upon creating a new labor party was taken in 2016. Actually, the National Union of Metallurgists of South Africa (NUMSA) held the founding congress and delegated the foundation of a new political association - the Socialist Revolutionary Workers Party. The organizers declare it as the first workers' party in South Africa.

For the radical intellectual, the confrontation with the particular may sometimes require solitary labour, as in some forms of prison writing. But the primary ground of militant reason is, in Karl Marx’s words, ‘participation in politics, and therefore real struggles’. And emancipation – communism, in Marx’s words – is ‘the real movement which abolishes the present state of things’ and not ‘an ideal to which reality [will] have to adjust itself’.

For Lenin, the world will only be shaped by the most valuable insights of philosophical striving when philosophy itself becomes worldly via participation in struggle. in this article I will  speak to the imperative  in order to ‘cement pain to purpose, experience to expectation, consciousness to collective action’, it is necessary to ensure that ‘the practice of theory is informed by struggle’. Since his death in late 1924, Vladimir Lenin’s thought has had an extraordinary life, reaching from the maelstrom of the Russian revolution to the Latin America and far beyond. Sometimes expressed via a potent theoretical analysis and always rooted in a radical communism – an immediate, universal and militant affirmation of the equality and value of human life his political vision is resolutely opposed to capitalism.

Vladimir Lenin’s thought has had an extraordinary life, reaching from the maelstrom of the Russian revolution to the Latin America and far beyond

In our understanding of the contribution of Vladimir Lenin towards the liberation struggle we should remember that even for Marx, the world will only be shaped by the most valuable insights of philosophical striving when philosophy itself becomes worldly via participation in struggle against capitalism and those who own the means of production and oppressing the working class. Be that as it may be our tribute to Lenin is motivated by the fact of his ability to lead a transformation of a people struggle against the Russian emperor into a matrix of the class struggle which sparked many revolutions all over the universe.

Today in Azania/South Africa we view Lenin not only as an icon of revolution but the beacon of hope towards great ideals of communism where he led the practicalisation of the Marxist philosophy and further led to its logical implementation of its economic ethos . As today we face a fully fledged war against imperialism we are reminded of Lenin's teachings especially preparing the Soviets on the backlash from capitalism ,we are encouraged by Lenin in his decisiveness as a leader whom despite a political quagmire in 1917 however managed to overcome the ideological omnibus and forged ahead to an establishment of a Soviet Union and later its Republics . In a nutshell Lenin's thought were marked by an axiomatic commitment to an immediate and radical liberation of the working class which includes the recognition of a universal capacity for reason. It is shaped, in its deep structure, by a profoundly dialectical sense of the capacity for the human to be in motion.

In this tribute there are numerous lines of connection that open fruitful possibilities for dialogue between Lenin’s work and contemporary forms of struggle. These range from his account of the centrality of the racialisation of space and the spacialisation of race in the settler colonial project, to questions of language, policing, the racial unconscious, and of course the brutal realities of what has come to be termed the postcolony. But in contemporary Azania/South Africa, it is the question of the human on how the count of the human is made, and how humanity is asserted that ties Lenin’s theoretical work most closely to the intellectual work undertaken in the often-perilous struggles for land ,bread, peace and dignity.

Here, dignity is understood as the recognition of full and equal humanity, including the right to participate in deciding public affairs. These kinds of struggles – frequently undertaken against considerable violence from the state and the ruling party, and the contempt of civil society – are fundamentally rooted in an insurgent humanism which legitimates and sustains resistance.

Lenin inspired the liberation of Africa and thus continued to be a good example of a revolutionary who had dedicated his entire life to the realisation of a generation that is free of capitalism and bourgeoisie manipulation.