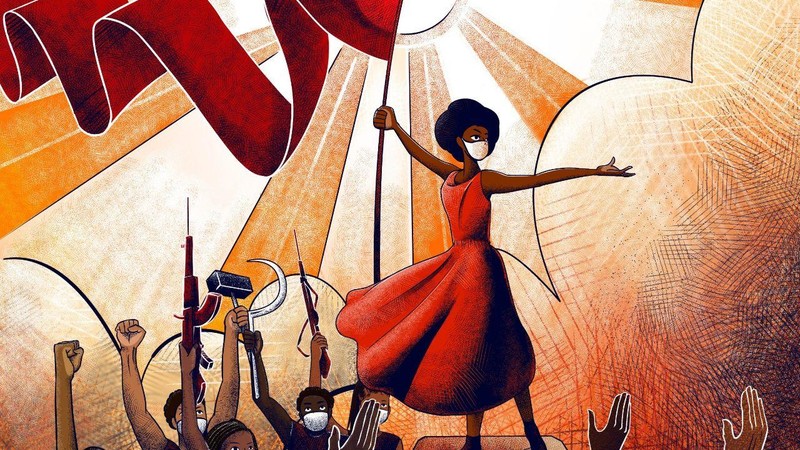 Collective Editorial Board about protests in USA

United States, the center of world imperialism, is shaken by unrest. Police brutality as well as social and racial inequality are the target. The protests, which flared up in Minneapolis, spread very quickly throughout the country and even overseas to U.K., Belgium, Germany, Australia, etc. Another inhumane police reprisal, captured by eyewitnesses, blew up the Net and served as an occasion, as a motive. The whole matter is, of course, not about the video: brutality and racism by US police is nothing but an everyday routine poorly silenced in public debate. The point is that a most severe social crisis of capitalism - caused by  economic collapse, epidemic nightmare and public health failure - has entered the "hot conflict" phase. All internal contradictions, ulcers of the modern economic system, have turned acute on a scale unseen for several decades.

NO JUSTICE, NO PEACE!

The conflict, which is presented and appears on the surface as primarily racial, cannot be reduced in such way, and must be in fact characterized as a predominantly civil conflict. In its essential economic basis, the racial split had never, of course, been patched; much less under Trump with his partial reliance on "alternative right-wing". And in the context of racial contradictions, the US police has always resembled an occupying army more than internal law enforcement institution. But the “servants of the law” protect, first of all, the oligarchic class, and it has been for long that the latter enjoys its own state within the state. Thus, the big bourgeoisie, as represented by its punitive apparatus, is an institution alien to most Americans: it is alien to the racial minorities and the broadest working masses to a similar degree. 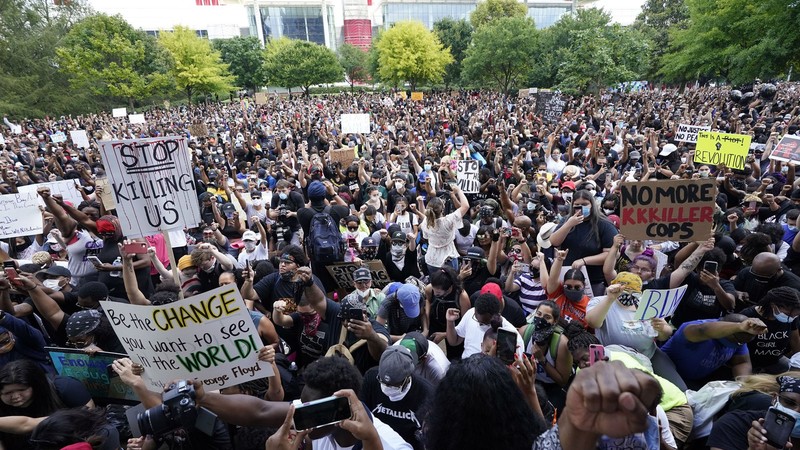 It is also the broad ordinary citizens - mostly, the ones affected by the crisis of the service sector, which provides about 80% of employment - who constitute the US protests from the economic viewpoint. They are not déclassé or the marginalized, but the ones who are at real risk of being thrown into such social groups. This is not, however, what we see in the media space: attempts are being made - also in the Russian Internet - to denigrate them in every possible way through fabrications, distortions, misinformation sourced from right-wing websites by media and social networking provocateurs.

In exactly the same way, rumors are being spread about the direction of the protests. Supposedly, the protests are "right-wing", "liberal" or “reverse racist” in character, and so on. In reality, the influence of the right wing on the protests does not seem to be significant. The so-called "democrats" - the "establishment", whose ideology is some mixture of cosmopolitan social racism with moderate African American nationalism, as well as the capital behind it - certainly would not mind if the protesters were their puppets or fighting squad, and we know it regardless of what the ultra-right sources say about it. But in reality all these people, on the contrary, condemn the protests quite unanimously. Many of the states, in which the police is particularly violent against protesters, are headed by Democratic Party governors. We can therefore conclude that, as in France, attempts by right-wingers to take civil protests under their control are failing, which is exactly the reason why the protests are being suppressed so brutally by force. 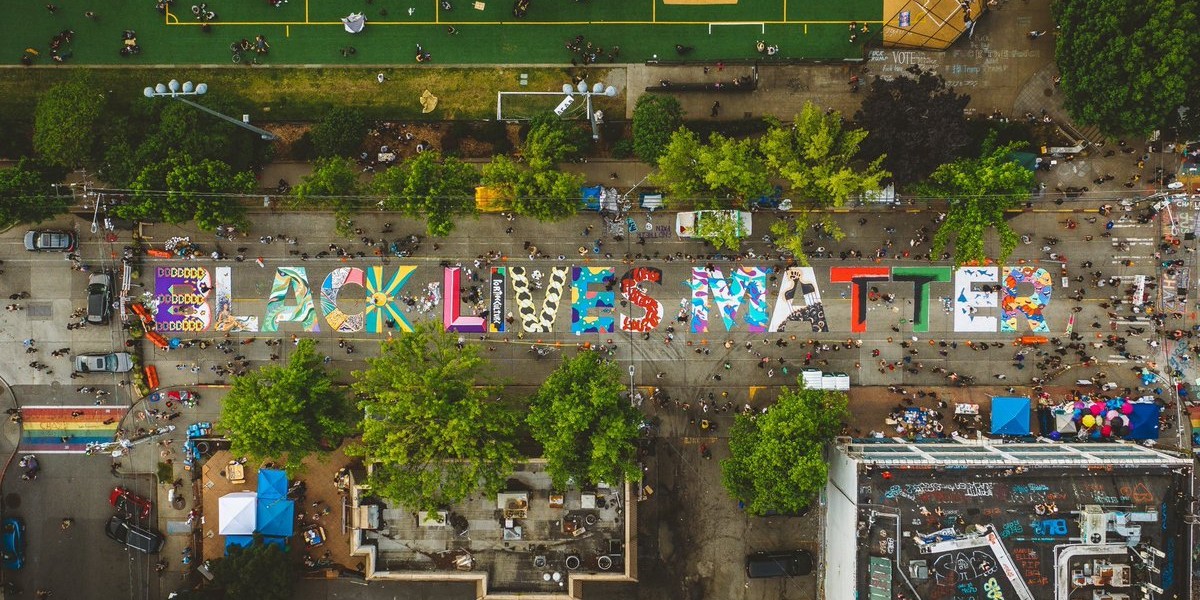 And this is, by the way, what fundamentally distinguishes the current unrest in the US from the "Swamp protests" in Moscow in 2011-12 and especially from the "Maidan" protests in Kiev in 2013-14. This is also what makes them different from the Donbass events, where, despite the anti-fascist orientation, the right-wing essentially dominated the resistance movement from the very beginning.

The protest, - supported by strikes, by alternative democratic assemblies (Portland, Seattle, Washington) which bring up anti-police and center-left agenda, with attempts to block the White House, etc., - outgrew the usual liberal activism so sharply that it provoked unanimous condemnations from the establishment and "current-order guards" of all shades with cynical references to individual cases of street violence in several cities. We, in our turn, - the ones who regret the insured shop windows just as little as the monuments to racists and other “philanthropists”, - but the ones who understand the futility of spontaneous activism and the associated manifestations of unorganized “classless” anger better than anyone, -we urge all organizations and groups to critically support the protests.

For better self-organization of the masses against police arbitrariness and oppression!

Down with the right-wing and "current-order guard" propaganda!

For a progressive agenda of social, anti-imperialist, anti-war demands in the protests!