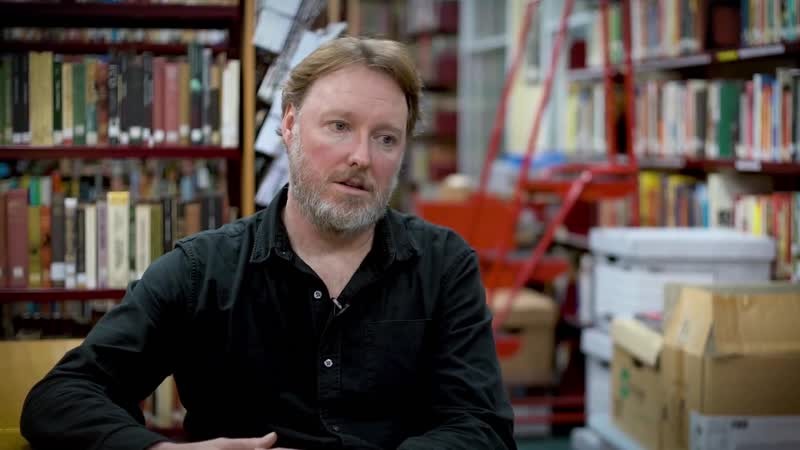 From the editors. Karl Marx Memorial Library in London was established in 1933. Its main task was the enlightenment activity in the working class environment, explanation of the true goals of the workers» struggle in the years when fascism was rapidly gaining momentum in England (and in the world as a whole).

Propaganda of Marxism, internationalism, history and practice of the revolutionary movement in the world is still a priority in the work of the library. Details in the January, 2020 program by Konstantin Semin «Close-up».

The building in which the library is located is historical. It used to be home to many radical organizations.  In his emigration, Vladimir Ilyich worked here in 1902-1903. Lenin's cabinet still exists.

The person who takes care of the Karl Marx Memorial Library in London, Jonathan White, readily responded to the request by the Worker's University to take part in the publications dedicated to the Vladimir Ilyich's 150th anniversary. His article will no doubt be interesting to the Russian readers, because it is the result of a huge and systematic work on the study and popularization of Leninist heritage.

Thank you so much, Comrade Jonathan White!

In April we celebrate 150 years since Lenin was born. Lenin was possibly the greatest figure in the most significant event in recent human history. Why do we say this? As Marxists we do not celebrate history as a succession of great men, but as the history of class struggles that emerge from the contradictions of development within the forces and relations of production. In what sense then do we celebrate Lenin’s greatness?

For Marxists, the greatness of humans and indeed of classes, lies in the extent to which they are able to analyse and understand the forces at work in their historical moment, their potentials and limits and then to use this in self-conscious practical action that enables the further development of progressive forces that work independently of their will.

Lenin’s greatness lies in his ability to reflect in Marxist theory the great tendencies and movements at work within his time and to translate this into revolutionary action that made sense of reality for masses of people at critical moments and that enabled them to make a great leap forward that shaped subsequent history and which continues to shape our turbulent present. Lenin grew to political consciousness as part of a world in which great monopolies were fusing with state power to drive the formation of an unevenly developed capitalist world market, generating great world crises and imperialist wars, throwing together also great concentrations of working people into formations of social labour, who formed in turn labour movements and socialist parties in the aspiration to build a better world.

It’s easy to forget how many people called themselves to some degree or other Marxists at that time. But Lenin was among relatively few who saw that the development of the capitalist mode of production had reached a point where revolutionary outbreaks were an imminent possibility across the capitalist world and that crucial questions of revolutionary strategy and tactics had to be addressed by Marxists as urgent needs of the hour not the property of some remote period of future human history.

Lenin’s greatness lies, fundamentally, in the fact that his theory adapted to and expressed in the form of thought the movements of great masses of people in 1917, providing them with leadership at key moments and enabling them to forge a great revolutionary movement in society.

Lenin’s leadership and theory enabled him to grasp

These insights guided Bolshevik strategy as it attempted to reflect and express the spontaneous movements of the masses of Russian people – workers and peasants – in 1917.

Lenin’s expected European revolutionary outbreak was weaker than he’d hoped for and was rolled back. And yet, the revolution survived in Russia – the dictatorship of the proletariat did expropriate the capitalist class and it built socialist relations and forces that were capable of extraordinary feats and mobilisations that defeated world fascism in 1945. Greater equality was created, mass literacy, healthcare and so on.

And these socialist relations of production were spread to other countries in the People’s Democracies after the Second World War. Even within imperialist states, these developments led to the creation of a state monopoly capitalism in which working class forces, led by socialist forces inspired by the October Revolution, were able to win concessions for their peoples from a watchful and frightened ruling class.

So the historical significance of Lenin and his work are not in doubt.

Today, after the retreat of world socialist forces, Lenin’s example and to a great extent his theory, remain of the utmost importance to us.

Marxism, including the huge historical legacy of Lenin’s life and work, will remain relevant for as long as capitalism exists. We must study and understand that legacy and apply it to our own terrible time.