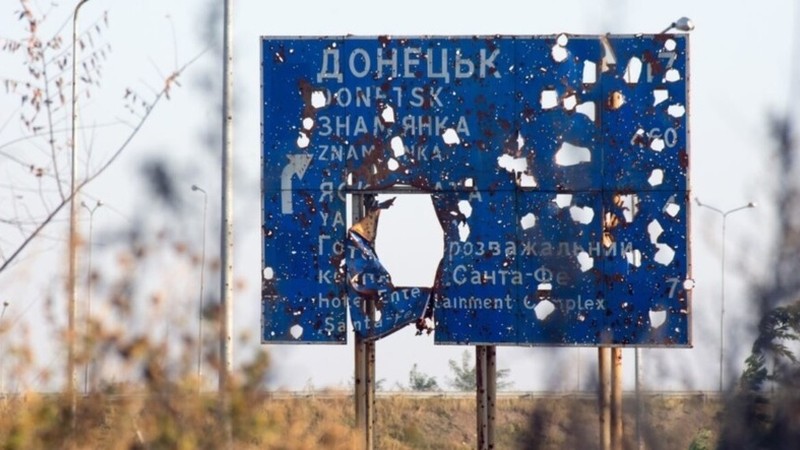 The Civil War and Fascism

January 19th is not just a mournful day of remembrance. Today we express our solidarity with those who are fighting against resurgent fascism. This is the day we remind ourselves: the struggle continues.

More than ten years have passed since the murders of Stanislav Markelov and Anastasia Baburova, and the situation has deteriorated catastrophically. Paramilitary groups in Ukraine are unrestrained in their actions. Moreover, they have merged with the special services, law enforcement agencies and authorities. Now the crimes of the far right are part of everyday life, and Nazi ideology has long ceased to be marginalized in society.

All this has one justification — "there is a war in the country." The state legalized right-wing violence under this slogan. In some cases, it authorizes the actions of neo-Nazis, and in others it justifies them after the crime has been committed. Investigations of high-profile political killings are delayed, while other crimes are ignored altogether. The guilty do not receive well-deserved punishment, because the status of an ATO veteran absolves them of all sins. Ukrainian civil society looks through its fingers at all their conceivable and inconceivable crimes. It seems that the end of bourgeois justice has come, and the country lives according to laws that allow the killing of “undesirables” with impunity.

But the violence prevailing in society is just the surface. Looking deeper, we see that war is an instrument of the anti-social policy of neoliberalism, which allows people to be robbed while holding them to obedience. Nationalist ideology is the pillar of the Ukrainian bourgeoisie. It makes it possible to mobilize young people to fight in the interests of capital, imposing the idea that nationality is above class solidarity. The bourgeoisie and the far right profit from the war. It increases the profits of the richest Ukrainian capitalists and serves as the main source of income for nationalist groups.

Everywhere you look, all over the world — from India to Brazil — right-wing nationalist governments are pushing aggressive measures, depriving workers of their basic social rights. Ukraine only confirms this pattern, characteristic of an era of growing global crisis.

A more moderate part of Ukrainian society pinned its hopes on President Zelensky. But this figure — the PR manager of Western and Ukrainian capital — did not change the main areas of domestic and foreign policy. Zelensky is deprived of political will. He prefers to follow the policies of his predecessor in order to equally please international financial organizations and the right.

The economic blockade of Donbass creates conditions in which access to the market itself becomes limited for the masses. The movement of goods still occurs — chaotically or centrally, but the military administration profits.

The war helps to effectively implement neoliberal policies, eliminating the remnants of the social state. The constant increase in prices for public utilities, the increase in transit fares, the commercialization of health care and education, the privatization of enterprises, and now the land – all find the same justification: "there is a war in the country."

There is no one to protest against this — the unprecedented rise of Nazism is accompanied by the legalized ban of left-wing organizations, and political pluralism is limited to competition between the right and the ultra-right. Deindustrialization, unemployment and poverty push the able-bodied population out of the country. Every month, about 100,000 people leave Ukraine, who are then super-exploited for the profits of European capitalists.

Liberal apologists of the market hope for foreign investment. But the economic dominance of foreign capital extends to political power in the state. And Ukraine is finally turning into a dependent country — both in the economic and political spheres.

Fascism is closely connected with imperialism. The state apparatus is increasingly fusing with monopoly financial capital, and the escalation of nationalist hysteria, the search for an external and internal enemies, covers up the ever-increasing exploitation of workers.

Sometimes it seems that the left of Donbass and Ukraine have no common ground — after all, we are talking about a civil war, which was the logical result of the 2014 coup. Under these conditions, it is impossible to fight for peace from the point of view of bourgeois pacifism or, especially, nationalism. It is necessary to identify the economic prerequisites for this tragic situation, contrasting capitalism with class solidarity.

The fight against neoliberalism must begin with the fight against war. Capitalism begets the ultra-right, and they reliably protect its system. The task of the communists and other leftists is to formulate their own agenda, calling for the struggle against capitalism, militarism, fascism — for a new future, free from exploitation and all forms of oppression.

Often, we who live in the republics are urged to compromise with the Ukrainian authorities. But is it possible to give in to those who have been killing and maiming us for six long years, depriving the elderly of pensions, humiliating us at checkpoints, destroying our homes, robbing and depriving us of civil rights, forcing us to flee to other countries from bombs and poverty? The Ukrainian state has long shown that it regards the inhabitants of Donbass as second-class people. But these crimes are accompanied by hypocritical words about territorial integrity and European values.

The problems of residents of Donbass largely depend on the economic problems in Ukraine. Moreover, in the anti-war struggle, we are not on an equal footing with the Ukrainian left. They have prospects to become real actors in the peace process. The solution is not to freeze the conflict and shamefully look away from Donbass, but to destroy the hegemony of the right.

Even if the weapons on the front line are withdrawn, in Ukrainian cities they will be used by ATO veterans not only for robbery and profit, not only against those who resisted the neo-Nazis in the cities and villages of Donbass all these years, but also against those who try to defend the gains of the working class, take any humanist initiative, demand a better future for their children.

Turning to the Ukrainian left, we express solidarity with all those who stand for a humanistic position and are not afraid to criticize the policies of the Ukrainian authorities. We are in solidarity with all fighters against the ultra-right in all countries of the world. We look forward with optimism: fascism may hide under different masks, but knowing its essence, we can defeat it.